In the early years of the 18th century Silleda fair was held on the 18th of each month in the oak wood and outhouses located on the site of the present Praza da Feira Vella, in which are left standing only a few oak trees.

Subsequently, in the 19th century the fairs went on to be held on the 6th and 23rd of each month,  highlighting the 23rd  December and 6th  January as specially designated for the buying of Christmas-related products and products of the land, the most common  being cattle, hens, chickens, butter and cheese.

The phenomenon of Green Week incorporated two novelties. First, the change of location to its current site, which occurred around the year 1976 and, secondly, the transition from traditional market with its emphasis on individual sales and bargaining, to a much more advanced system implementing the Regional Cattle Market, only  for beef, and creating the Galician Agricultural Market.

The dates are set for every Tuesday after the 5th and 20th of each month. Subsequently, given the volume achieved, extending to every Tuesday throughout the year except when it coincides with Green Week.

Today in the capital of Trasdeza there are three distinct types of fairs or markets: the trade fair with a transparent and computerized auction of animals, the sale of animals and products without the presence of the goods, just to set prices (Central Agropecuaria de Galicia) and as the evolution of the aforementioned, the holding of annual shows and exhibitions, for which the current site offers fully equipped facilities, where at specified times, usually annually, machinery, tools or specific commodities,  for commerce or the food  industry are exhibited and sold to professionals and public alike  at theProfessional Trade fairs and The International Fair of Galicia. 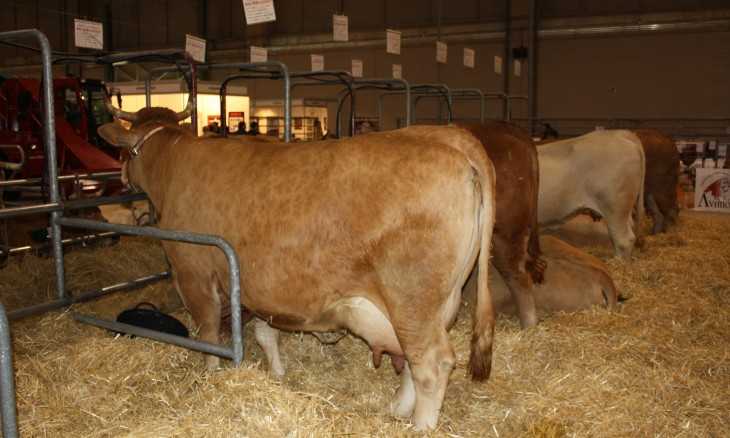