As an architectural work of the transitional Romanesque it is one of the most characteristic monuments of medieval Galicia, influenced by the Compostela artistic movement, in particular by Mestre Mateo and the style he developed in the cathedral of Santiago.

Its gestation was initiated in the early years of 10th century, 936, on the  propertyof a hermit named Egica, purchased by the founders of the monastery, Doña Tareixa Eiriz and Don Gonzalo Betote,  counts of Deza. In the year 939, when the construction is completed, the priest Felix is chosen as the first abbot of the community, and the convent is consecrated in the very presence of the countess, his nephew St. Rosende and the bishop of Lugo, Don Ero, remaining from this date under the royal patronage of Ramiro I of Leon.

Father Yepes refers to the founding of the Monastery of San Lorenzo de Carboeiro and its founders, Don Gonzalo and Dona Counts Tareixa, as follows:

"It was San Lorenzo in the past Carboeiro abbey built in 974 by Count Don Gonzalo and Countess Dona Teresa, as stated by letter of allocation, the aforesaid date being the year of Christ 936. It is founded this monastery in the land of Deza, on the bank of the river also called Deza, which is in the Bishopric of Lugo. In that place there was formerly a chapel that a man named Egica possessed, and had some estates around, al lof which were bought the Count Don Gonzalo and began to found the Monastery of San Lorenzo"

SPLENDOUR AND DECLINE:
The Abbot Fernando

The 12th and 13th centuries are the most glorious. Carboeiro is in 1131, under the direction of Abbot Froila an important abbey with large estates, power and influence.

Abbot Fernando, from 1162 to 1192, expanded the church. At this stage the monastery belonged to the "Cluny"order, and for a long period has a rich estate. Duringthe 15th century lawsuits, neglect and mismanagement, lead to the community’s ruin, and in 1500 by order of Ferdinand and Isabella, it is relegated to the status of priory, a farm for San Martiño Pinario in Santiago, prolonging its decline, including  a prison built for monks in 1794  and  until 1836, coinciding with tits confiscation by  Mendizabal,  and its total abandonment.

Location:
It is located in the parish of Sta. Maria de Carboeiro next to the river Deza taking advantage of a bend in the river and adjacent to the Coto Costoia, in an unexpected but beautiful place in the territory that was known as "Trasdeza" when viewed by cartographers from Lugo, as being on the other side of the Deza River.

According to Fr. Yepes, at the beginning of 18th century, in Carboeiro "They worshiped a thorn from Christ´s crown which was in a very good piece of glass carved into the shape of a spear head." It was stolen by the year 1550.

In 1965, a film called Cotolay was shot here, the Compostelan Carboeiro of the early twelfth century that helped San Francisco de Asis foundin Santiago his first convent  in Galicia. In 1973 it served as backdrop for Flor de Santidad by Valle-Inclan, directed by Adofo Marsillach. More recently it has been a recording studio for films as interesting as: La Ley de la Frontera(1995) by Adolfo Aristarain, Quart (2006), based on the work of Arturo Perez Reverte “Piel del Tambor”, Reliquias (2011) a TVG series and Piratas (2011) TV5, and customary set for renowned actors such as Sancho Gracia, Agustin Gonzaléz, Aitana Sanchez Gijón, Achero Manas, Luis Tosar or even Charlton Heston who  in the year 1999 was in the Monastery shooting a miniseries on the Camino de Santiago for Antena 3 TV.

Get to know the Monastery

To bring the general public closer to the worth of Carboeiro Monastery, the Socio-Cultural Association of Silleda, Adellís initiated a project of guided tours, prepaid, with full explanations about this important example of Galician medieval architecture. This activity was funded through the Axencia Galega de Desenvolvemento Rural, AGADER.

This initiative, as well as preserving cultural heritage, allows participants to travel to the Middle Ages to learn how this important building was constructed, as well as discovering the everyday life of the monks. 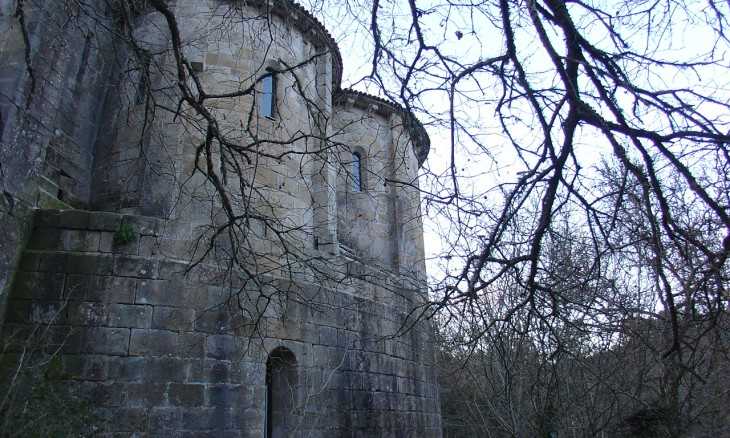 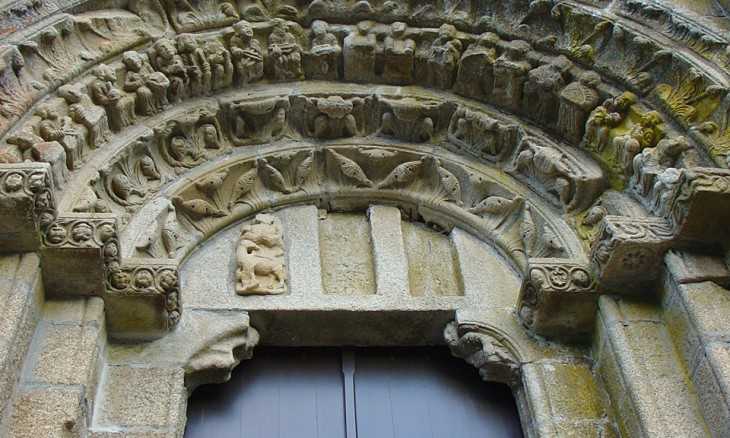 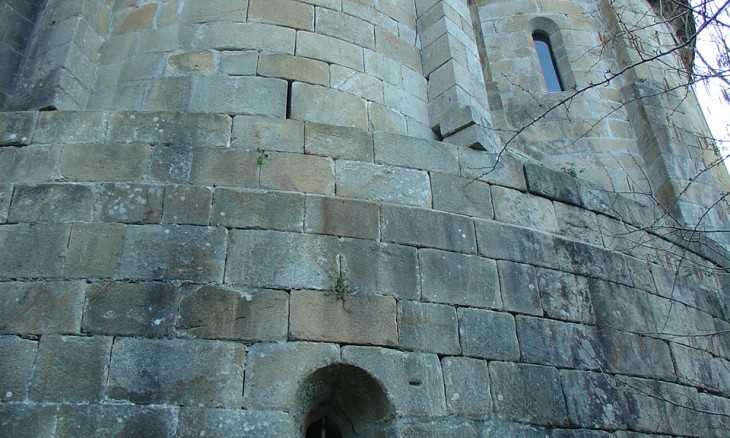 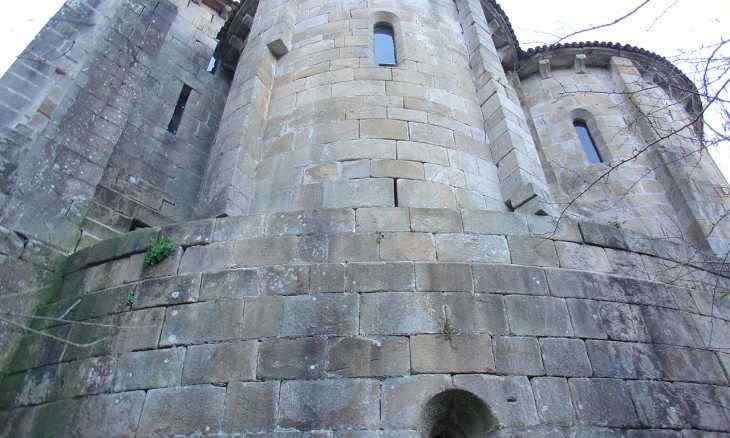 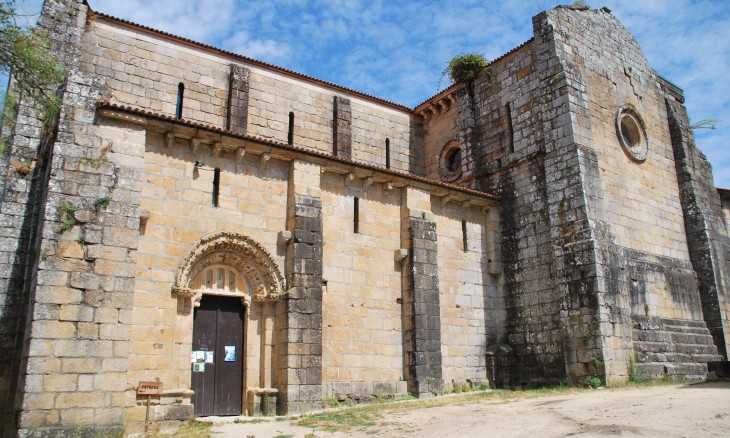 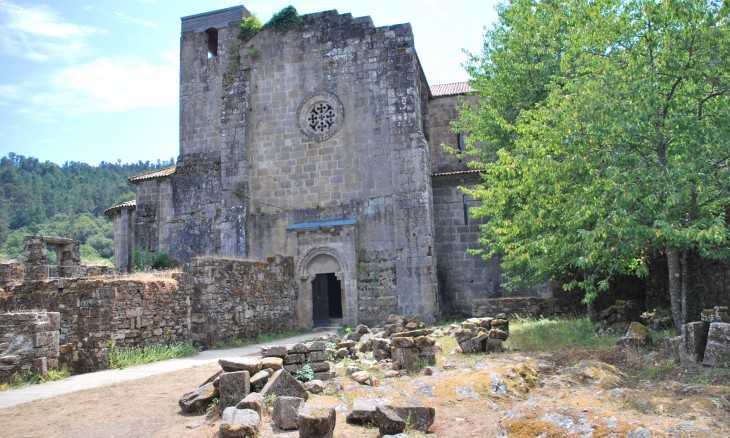