In the early years of the 18th century Silleda fair was held on the 18th of each month in the oak wood and outhouses located on the site of the present Praza da Feira Vella, in which are left standing only a few oak trees.

Subsequently, in the 19th century the fairs went on to be held on the 6th and 23rd of each month, highlighting the 23rd December and 6th January as specially designated for the buying of Christmas-related products and products of the land, the most common being cattle, hens, chickens, butter and cheese.

Agricultural and livestock development, land consolidation and the enthusiastic support of the protagonists, the farmers, forged what became known as the phenomenon of Green Week, a macro exhibition of regional agricultural exhibition.

The consequences were immediate. First, the change of location in the current site, which occurred around the year 1976 and, secondly, the transition from traditional market with its emphasis on individual sales and bargaining, to a much more advanced system implementing the Regional Cattle Market, creating the Agriculture Centre Galicia.

The market is set for every Tuesday after the 5th and 20th of each month. Subsequently, given the volume achieved, extending to every Tuesday throughout the year except when it coincides with Green Week.

Today in the capital of Trasdeza there are three distinct types of fairs or markets: the trade fair with a transparent and computerized auction of animals, the sale of animals and products without the presence of the goods, just to set prices (Central Agropecuaria de Galicia) and as the evolution of the aforementioned, holding annual fairs and exhibitions organized under the International Fair of Galicia.

The International Fair of Galicia site, inaugurated in 1996 by King D. Juan Carlos I, is the largest exhibition centre in the northwest peninsula. It has an international status, its magnificent infrastructures give it versatility and most notably its 428,000 m² of total surface area of which 37,000 m² (distributed in 7 halls) are covered exhibition areas and 55,000 m² are open - air, as well 27,000 m²  of parkland and 8,800 m² dedicated to hostelry.

The Congress and Convention Centre which forms part of the enclosure is an important added value as it complements its limitless possibilities with an auditorium seating 624 people, multifunctional meeting rooms, cafeteria and complete audio-visual services.

A total of 3,500 parking spaces, a show ring and even a heliport, make this the best choice to hold contests and events of any nature for the most demanding of client.

In addition, the combination of its location in beautiful natural surroundings and its proximity to the capital of Galicia, which can be reached via the motorway in just 15 minutes, makes the International Fair of Galicia ground unique.

Since its inception, the International Fair of Galicia has shown its ability as a catalyst, not just in two production sectors in Galicia, but throughout the peninsular northwest business community. Proof of this is that it has hosted meetings, conferences, presentations, contests and events linked to significant sectors such as agriculture and livestock, forestry, tourism, environment, construction or new technologies. This ability to adapt to market requirements has made ​​it one of the most important business centres of the Atlantic Euro region and a standard in international trade fairs. 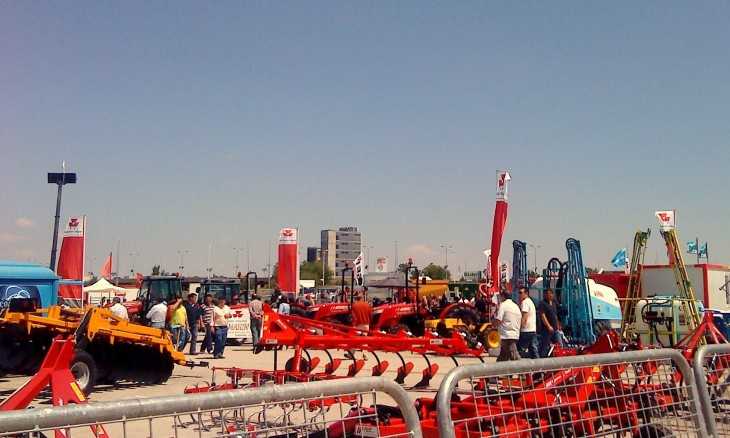